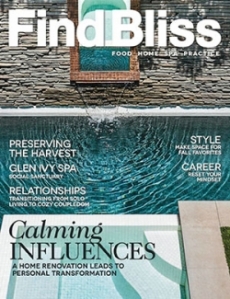 Our family avoids planes whenever possible, so we decided this summer to embark on a two week road trip to the HF Bar Ranch in Wyoming; exploring the Western United States along the way.

With my husband and our 8 and 10 year old boys, we pulled out maps and planned our route, via Volkswagon Eurovan, to one of the oldest dude ranches in the country. Friends of ours have gone to the ranch every summer for 45 years. What's so special about this place, I wondered? I would soon find out!

The next day we drove north through the great basin region of Nevada to the Snake River valley of Idaho. We spent several days with friends in the Garden Valley along the south fork of the Payette River, white water rafting, fishing, and playing in a hail storm before continuing on to West Yellowstone.

This small cowboy town is on a finger of Montana at the west entrance to Yellowstone National Park. We stayed at the Ho-Hum Motel (no frills) and had pizza at a lively local joint where the day's Rodeo played on the big screen. The crowd was dressed in western attire, and a thrill to watch; I'm a sucker for good western fashion!

The next morning we drove through the profoundly beautiful Yellowstone Park. The park roils with geysers, hot springs and other hydrothermal activity. We discovered that half the gysers on the planet are at Yellowstone. Who knew?

Our drive across the plains and mountains of Wyoming was extrodinary! Barren plains opened up to vistas of distant ranges and towering thunderheads that darkened the skies with brief but intense downpours. We ascended the Big Horn Range to 10,000 feet and saw Basque sheepherders amid remants of last winter's snow.

At the foot of the Big Horns, along the middle fork of Rock Creek, is Saddlestring, otherwise known as HF Bar Ranch, one of the oldest and most successful dude ranches in the nation. Begun in 1913 by Frank Horton (HF backwards) for wealthy clientel from the east, the ranch slowly transformed from a "working" ranch to a summer resort; an escape to a place of horses, hiking, flyfishing, and skeet shooting. The ranch is housed with 45 cabins along the river, a large ranch house (dining hall) and a rich history of Indians, settlers, and cowboys (arrowheads are still found on the ground).

With a young staff of college students who started off as guests, Western "hottie" Ranglers, and a few honest-to-goodness cowboys, the ranch operates through the summer months. My kids loved it because they can ride twice a day, fly fish, and still have time to dissappear for hours with new friends.

We spent 5 days at the ranch, then got on the road to make our way home. We didn't want to retrace our route, so we headed south through Colorado to Taos, New Mexico. We had a lovely meal with friends who reccommended we visit the Taos Pueblo. A summer rain had just cleared and the pueblo of thousand-year-old adobe structures was absolutely stunning against the backdrop of the Sangre de Cristo mountains. We headed on and stayed one night in Santa Fe , at the La Fonda Hotel, the historic terminus of the Santa Fe Trail from Missouri. Preparations were under way for the celebration of the 400th anniversary of the founding of the city!

The next day we headed to the small town of Chinle, Arizona, to Canyon de Chelly (pronounced de shay), a geological maze of towering red cliffs and deep cut gorges dotted with ruins of ancient Anasazi cliff dwellings. Lying in the heart of the Navajo Nation, it's one of the oldest continuous inhabited places in North America.

We stayed at the historical and beautifully humble Thunderbird Lodge, originally a trading post, renovated into a modern hotel run by an all Navajo staff. We needed to plan our tour for the next day, and we considered the typical four-wheel drive guided tour up the canyon but discovered a small horse ranch at the entrance to the National Monument and made arrangements for a morning ride on Mustangs with a Navajo guide. We rode out past ancient petroglyphs and petrographs to the "first ruin", one of over two hundred cliff dwellings constructed in the south-facing red sandstone canyon walls. Mysterious and sacred, the ancient structures were abandoned hundreds of years before the arrival of the Spanish. The modern Navajo live and farm on the valley floor, growing corn and herding sheep.

Our last stop was Flagstaff, Arizona, to visit friends who run the summer theater; we drove straight from Indian country to the doors of the theatre in time for the play! As we drove across the volcanic tablelands, across the Colorado River and the Mojave Desert to Santa Monica the next day, we realized that our trip began and ended with live theatre.

The two-week trip felt like a month, with enough rich experiences to last the year. It was so easy. Seriously, don't be afraid to hop in your SUV and discover the great country around you. It is so important to take "time off" from everything and just spend quality time with your family. Really.

Back to Articles
by : admin
tag : love, travel" rel="tag">love, travel